Diagnosing and repairing electronics can be painstaking and sometimes frustrating work. Problems can be intermittent, with the faulty area on the PCB difficult to locate. Freeze spray is an essential tool, because it helps identify faulty components, solder joints, and other problems that can lead to board failure. 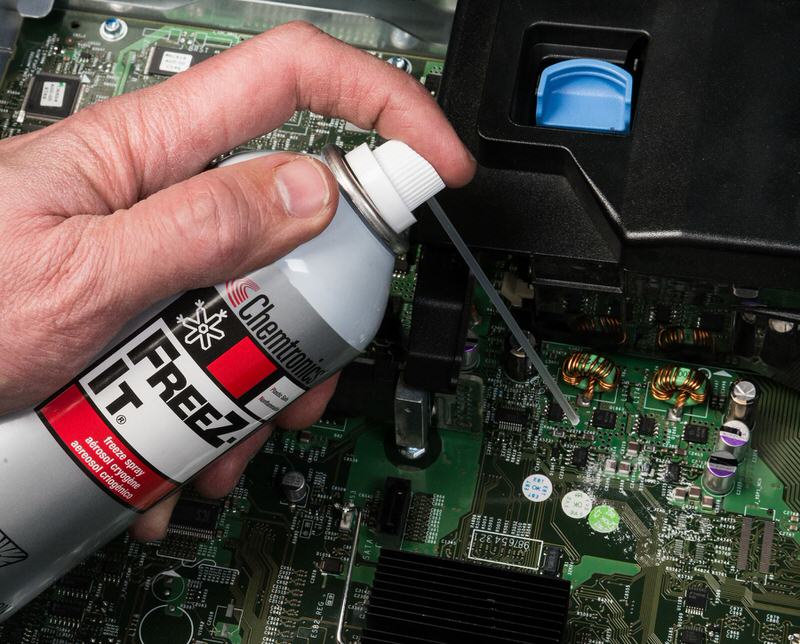 What is freeze spray?

What is freeze spray used for?

Chemtronics® line of freeze spray is exceptionally pure, nonflammable, and provides instantaneous freezing action while leaving no residue. Conveniently packaged and designed for either pinpoint or full board application, these non-reactive circuit refrigerants evaporate instantly while cooling targeted areas.

They are used to:

Chemtronics® line of Freeze Spray is available in regular, antistatic formulations for use on static-sensitive components, and wide spray formulations to cool a large area immediately. 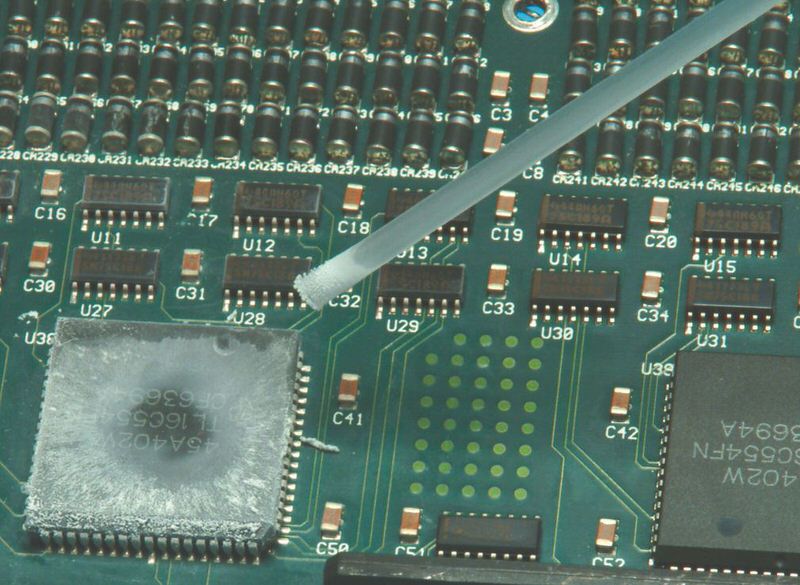 How do you use freeze spray?

For most PCB diagnostic work, freeze spray operates on the principal that areas of the PCB, solder joints, and faulty components with high resistance or a short tend to generate heat. To diagnose a problem, saturate the suspect area of the energized circuit board with freeze spray. Once the area is saturated, give it several seconds to draw in ambient moisture and frost up. To speed up that process, you can follow up with a spray from canned air, or the same can of freeze spray held upside-down.

Observe the frosted area of the PCB carefully, watching out for areas that thaw sooner than the rest. The warmer area indicates higher resistance or a short. Of course, this diagnostic method isn’t as helpful around components that are naturally heat generating, like ICs. 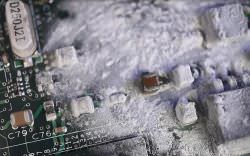 For testing intermittently failing components or solder joints, the type of test depends on the failure. For a device that is over-heating, so stops functioning after a period of time, you spray specific areas of the PCB until the device starts functioning again. That isolates the components that is causing the fault.

When testing for questionable solder joints, where there might not be an adequate metallurgic bond, you spray isolated areas of the live PCB until it stops functioning. The thermal shock of the refrigerant will tend to break loose a bad (or “cold”) or brittle solder joint, creating a catastrophic failure that can be fixed once it is located.

What is inside freeze spray?

Freeze sprays only include nonflammable refrigerants, because the typical application is on live circuitry. That is why commercially available freeze sprays come in one of two main varieties:

HFC-134a (1,1,1,2-Tetrafluoroethane, CAS #811-97-2) – This is the same material generally used in modern air conditioning systems. It is nonflammable, making it popular in professional or industrial applications because it can be sprayed on energized circuits. When there is the possibility of sparks or flames (e.g. spraying high voltage electrical devices), HFC-134a is one of the best options. The negative of HFC-134a is its environmental impact. It has a Global Warming Potential (GWP) of 1400, which means it has 1400 times the impact of CO2. On the plus side, it is not considered a VOC (Volatile Organic Compound), so does not contribute to smog.

HFO-1234ze (trans- 1,3,3,3-Tetrafluoropropene, CAS #29118-24-9) – With the greater focus on global warming, new technology has become available for blowing off dust and dirt. HFO-1234ze is nonflammable and has a very low GWP of less than 1, so below the global warming impact of CO2. This is far below HFC-134a and still has the advantage of being VOC-free. So why aren’t we all using HFO-1234ze duster? Because it is newer technology that has not been widely adopted by larger volume applications like air conditioning, it is relatively expensive compared to the other alternatives. As usage increases, and regulations force the issue, prices are expected to decrease.

A small amount of solvent, like methanol or isopropyl alcohol, is sometimes added to dissipate static charge. This allows the freeze spray to be used on static sensitive electronics.

How cold is freeze spray?

The temperature of freeze spray is generally stated as the boiling point of the contents. Held under high pressure, like inside the aerosol can, the refrigerant stays liquid at room temperature. Once that pressure is released, like when you open the aerosol valve, the expelled liquid immediately drops to its boiling temperature point. The split-second the refrigerant liquid hits a warmer surface, it boils off the excess energy.

Why the long explanation? While the refrigerant exits the aerosol can at its boiling point (between -40°F/-40°C and -60°F/-51°C depending on the contents), that’s not what is actually hitting the PCB. The temperature rises quickly, and by the time you see a nice build-up of frost, you are roughly at the freezing point of water (-32°F/0°C).

Why not use liquid nitrogen for diagnostic freeze spray?

Liquid nitrogen is commonly used in dermatology offices to freeze off warts and skin tags (not to mention breaking tennis balls in high school science classes), so why not use it as a circuit chiller? Liquid nitrogen has a boiling point of -320°F/196°C, so much lower than your typical aerosol freeze spray (-60°F/-51°C). Unless you know what you are doing, there is a much greater chance of over-stressing the PCB (like the tennis ball). In addition, it takes a lot of energy to run a vacuum chamber and pump to maintain a stable supply of liquid nitrogen. If the storage unit isn’t well maintained, the results can be explosive. For these reasons, engineers and technicians turn to a refrigerant in aerosol packaging.

What is the difference between freeze spray and canned air?

Bear in mind that commercially available freeze sprays are all non-flammable because they are intended to spray on live circuitry. Many dusters are flammable, so be careful if you decide to turn a can upside-down as use it as a freeze spray.

Can freeze spray cause static problems?

Is there freeze spray for static sensitive electronics?

Yes, freeze spray can generate a static charge, and yes, we have solutions. The liquid refrigerant spraying from a can of freeze spray tends to generate a static change, which can be problematic if spraying static sensitive components and devices. If a plastic straw and spray head is also involved, they can become charged in the process. Grounding with a strap and alligator clip won’t help on the plastic parts of the freeze spray packaging, so what is the answer?

Chemtronics offers Freeze-It Antistatic (HFC-134a based) and Arctic Blast Antistatic  (HFO-1234ze based) freeze spray for performing diagnostic work on static sensitive components and devices. They contain a small amount of alcohol that dissipates static, and prevents it from building up.

Is there freeze spray for microelectronics?

Chemtronics freeze spray also come with the option of a pin-point, high precision sprayer to locate problems in a tight area or a broad spray head for freezing larger areas at one time. Freeze-It  (HFC-134a based) and Arctic Blast (HFO-1234ze based) freeze sprays offer pin-point sprayers, which provides finer control over how much refrigerant is applied and where. This feature is unique to the Chemtronics brand and is ideal for microelectronics.

The broader sprayer used for Freeze Spray  (HFC-134a based) and Arctic Storm (HFO-1234ze) branded circuit chillers expel refrigerant at a faster rate and over a wider area, so they are better for diagnosing problems over a larger PCB or device. 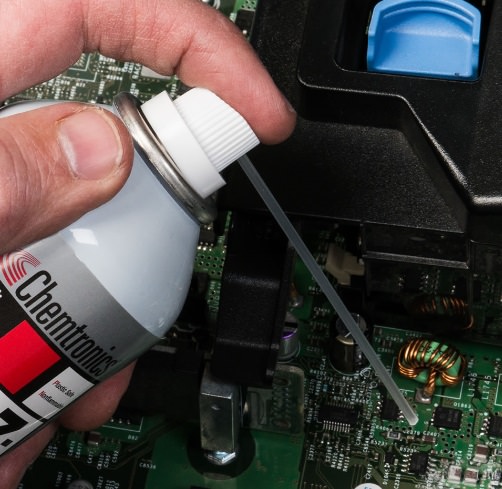 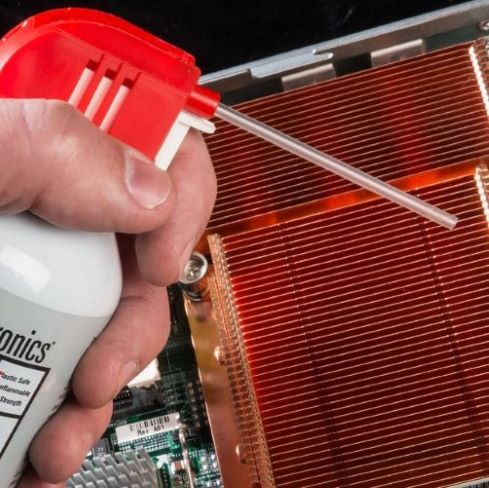 No, this is a misconception based on old information. Freeze spray contained CFCs (chlorofluorocarbon) over 20-years ago, but have since been replaced with materials that do not impact the ozone layer. In North America, there are no commercially available aerosols that contain ozone-depleting propellants.

Is there freeze spray that is safer for the environment?

Chemtronics offers Arctic Blast and Arctic Storm freeze sprays, which contain HFO-1234ze (trans- 1,3,3,3-Tetrafluoropropene, CAS #29118-24-9).  HFO-1234ze is non-flammable and has a very low GWP of less than 1, so below the global warming impact of CO2. This is far below HFC-134a and still has the advantage of being VOC-free.

Contact us at 770-424-4888 or askchemtronics@chemtronics.com and we can help you find the best freeze spray for your requirements. 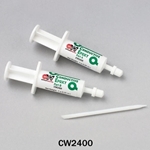 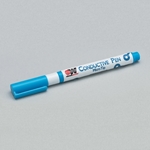 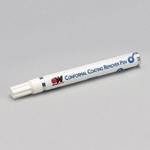